Open Letter from David Acton to Peel Energy – ‘It’s not too late!’

David Acton, Leader of Trafford Labour has written an open letter on behalf of Labour Councillors telling Peel Energy that it’s still not too late, and the incinerator should be relocated away from residents and places already overpolluted.

‘We’ve fought the incinerator all the way and I still believe it’s the wrong technology.

‘But we’ve been up against an Eric Pickles bent on destroying local democracy, an Environment Minister in Owen Paterson, who is a confessed climate change denier and an unknown Lib Dem Energy Minister who’s just happy to get a minister’s car; and the odds have been stacked.

‘But I’m not defeated, as I firmly believe that regardless of the technology, Davyhulme still remains the wrong place to site this plant, close to homes and in an air quality management area that breaches the EU directives on pollution. I’ve written to the Chair of Peel Energy (Mr Owen Michaelson) to ask him to reconsider, and even at this late stage it’s not too late. They can do themselves a huge public relations favour by putting the plant away from homes and to where the pre-existing levels of pollution are more tolerable. 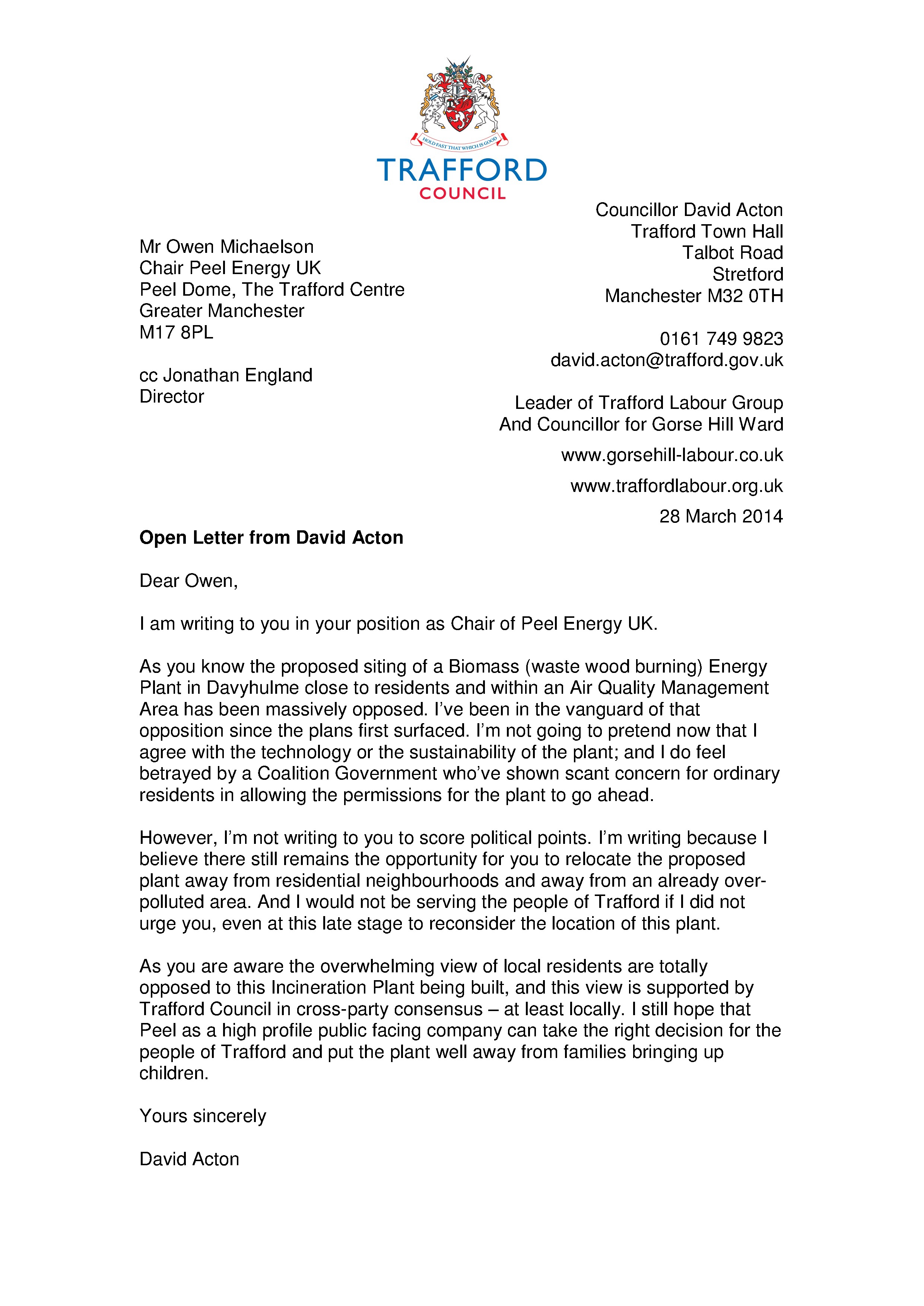