BCAG have teamed up with Plume Plotter to put together a real-time model of the Davyhulme Incinerator plume. One of the great features of this model is that it’s live and updated every 15 minutes making use of the current weather including wind speed and wind direction within just 3 miles of the BREP site.

The Plume Plotter is built using one of the most famous air pollution modelling systems developed in the United States, to take into account the real terrain in the vicinity of the incinerator, current weather conditions and upper air data. As well as this, we have used the proposed emissions and dimensions from Peel Energy’s planning and environmental statements for the BREP development.

As with anything of this nature, this is just a model of where the proposed emissions from the incinerator would fall, and there is no guarantee that this is 100% accurate, but it will give us a very good indication. 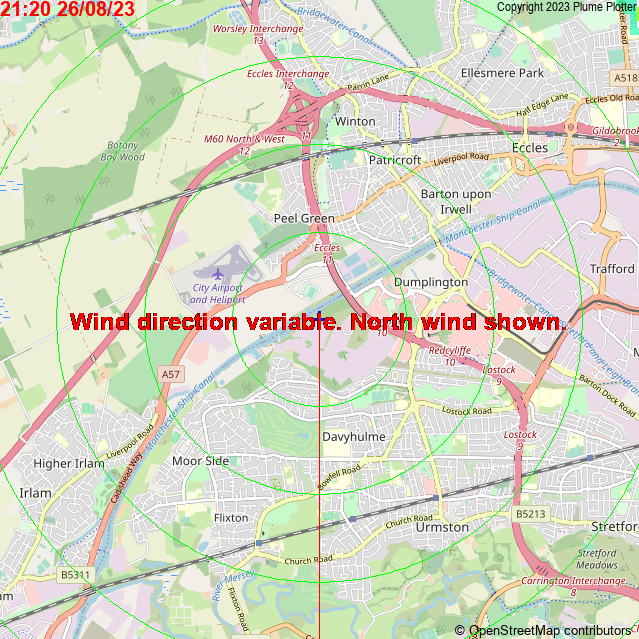 This Plume Plotter graphic shows the current state of air pollution caused by emissions from the proposed BREP incinerator at Davyhulme. It was created by a non-expert who wanted to get an objective idea about the everyday effects of a local incinerator on air quality.