“The reason we are protesting against the Fracking site is to alert people to the dangers of air pollution from Fracking and incineration,” said Chairman of the Breathe Clean Air Group, Pete Kilvert. “The same company, Igas, has applied to Trafford Council to carry out Fracking in Davyhulme, right next to the Peel Group’s controversial Waste incinerator, which are both in an Air Quality Management Area.”

The Breathe Clean Air Group has campaigned to stop the Waste Incinerator (aka Barton Renewable Energy Plant) for over three years. Many of Urmston’s residents have taken part in a similar protest march in January 2011 and signed the group’s petition to stop the incinerator.

“Fracking in the USA has shown that toxic contaminants such as benzene and xylene have produced unacceptable levels of air pollution,” said Mr Kilvert. “Fracking in Australia has also caused contamination of ground water. We don’t want Davyhulme to turn into a Toxic Dump, where our air, already heavily polluted by motorway traffic fumes, becomes unfit to breathe.”

The problem with fumes from the M60 motorway traffic were exacerbated this weekend with visitors to the Caravan Show at the exhibition centre on Barton Dock Road. Thousands of vehicles caused gridlock and air pollution rocketed.

“Every time a new development seeks planning permission, the cumulative effect of air pollution, including traffic fumes, has to be taken into consideration” said Mr Kilvert. “The law-makers, Planners and the Environment Agency seem to turn a blind eye to the proliferation of industry and commerce, and the air pollution caused by cars and HGVs visiting these new developments. It’s high time they used joined-up thinking in order to protect the health of our community, especially the children.” 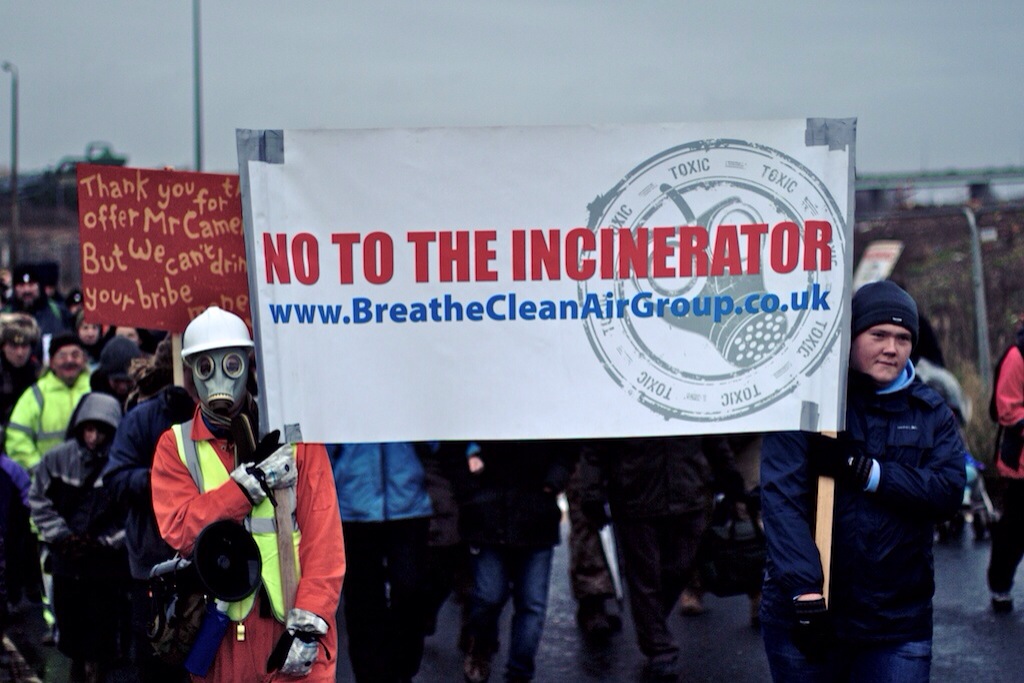