The latest air pollution figures for Urmston and Davyhulme shows that air pollution is increasing. The Breathe Clean Air Group, based in Trafford, Greater Manchester has now completed 12 months of air monitoring for the irritant gas nitrogen dioxide, which is now well above the European safety limit.

BCAG Chairman Pete Kilvert said, “our campaign to measure air pollution was intended to get a baseline to be compared with air pollution if the Davyhulme Biomass Incinerator is built. What we are finding is that nitrogen dioxide levels are already over the safety limit and increasing.”

He continued “we know that the incinerator won’t be able to conform to the levels specified by the Environment Agency and we are very concerned that other, proposed, air polluting ventures such as fracking, Port Salford and three power stations in Carrington, will make a dangerous situation even worse, and the authorities are doing nothing to stop it.”

At a time when the European Commission plan to prosecute the UK Government for failing to control air pollution in the UK’s major cities, it seems irresponsible for DEFRA to propose changes in Local Air Quality Regulations. Of great concern is the Government’s proposal to remove the monitoring of PM2.5 Particulate Matter which was due to become law this year. These dangerous particles get deep into the lungs, transfer into the bloodstream and invade and damage vital organs. Now the Government wants to pretend that they don’t exist, don’t have massive health impacts and don’t need to be monitored or controlled.

Recent media articles have referred to air pollution from factories and vehicles causing heart attacks, cancer, dementia and ageing of the skin. Kings College London has attacked domestic wood-burning stoves for contributing harmful levels of air pollution. Pregnant women living near air pollution hot spots can impair the development of the lungs of the unborn child.

The all-party, Parliamentary Environmental Audit Committee has recognised the growing problem of air pollution, particularly in cities and has recommended that the Government take immediate action to cut air pollution. “We welcome the opportunity to speak with the Committee Chair Joan Walley MP who is visiting Urmston this week” added Mr Kilvert. 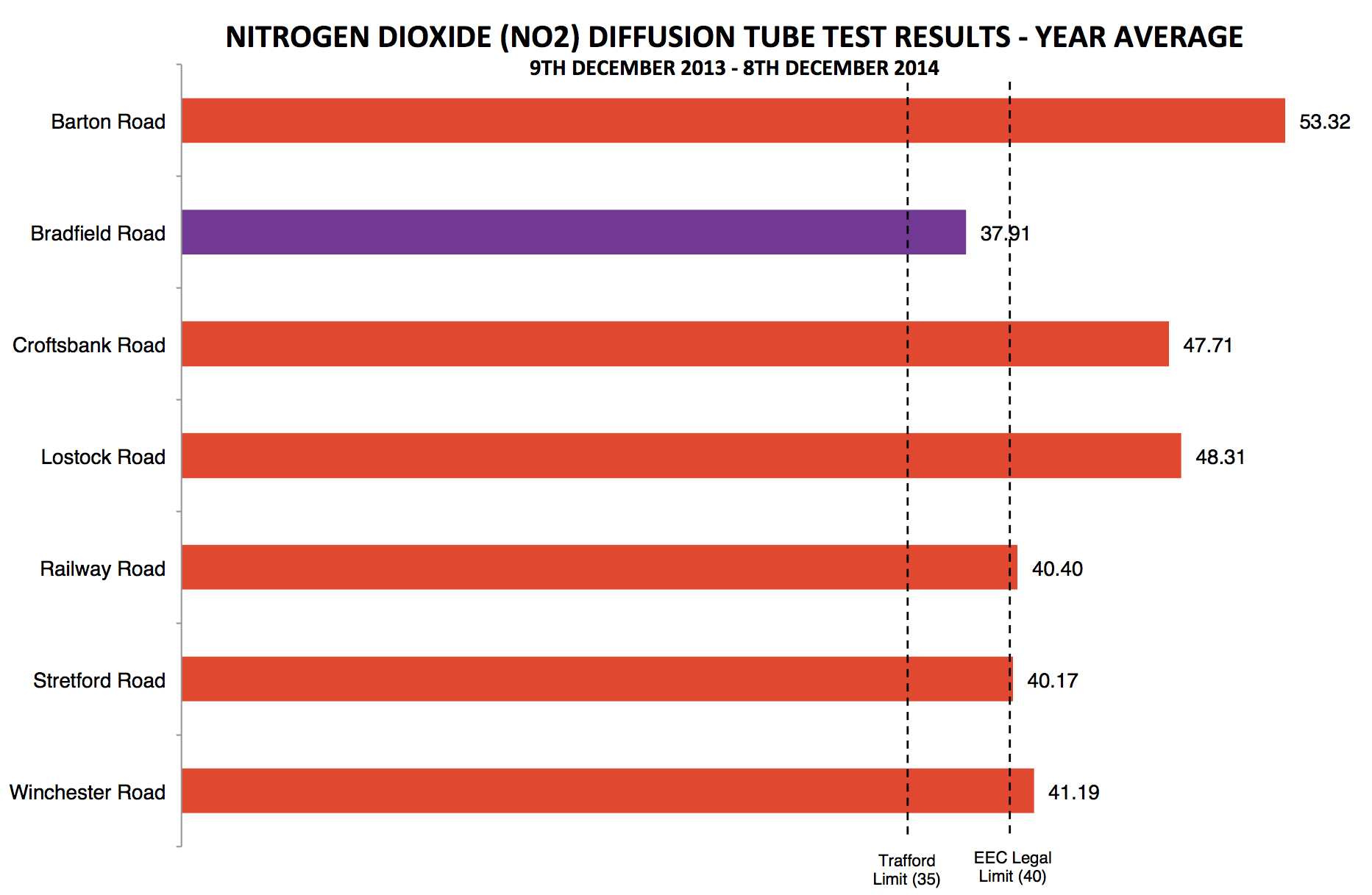