“The group has made the front page of the Messenger. The story is written from Peel’s point of view, but it’s still great publicity for the BCAG! They were never going to turn around and say, ‘oh yeah, you’re right…’ were they?! Please keep reading and keep talking about it!!!!” Jo Burgess 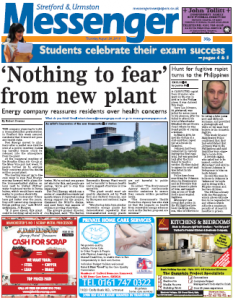