The Breathe Clean Air Group is extremely disappointed with those Trafford Planning Committee Members who yet again failed in their paramount duty to act to protect our families – this time from the additional pollution and dangers of the variation to Peel’s awful incinerator plans.

Whatever their excuses, the passive compliance of some Trafford Councillors with the proliferation of dirty, polluting activities and their self-evident lack of understanding and appreciation of the seriousness of the situation and real-world consequences for our families has got to change!

We appreciate the efforts of Councillors Dolores O’Sullivan, Lawrence Walsh and Tony Fishwick who voted against the variation proposal and thank them for standing their ground in the face of the obvious pressure that was put on them. We also thank Trafford Labour Leader, Cllr Andrew Western and Deputy Labour Leader, Cllr Catherine Hynes for publicly speaking strongly against the variation application.

We would also like to take the opportunity to thank everyone that attended the committee meeting and to the large numbers of local residents that sent objections in to Trafford Council.

This campaign is far from over, and we will continue to fight against the imposition of Peel’s polluting incinerator as far as we can, as well as work to protect and improve local air quality for the benefit of our public health. 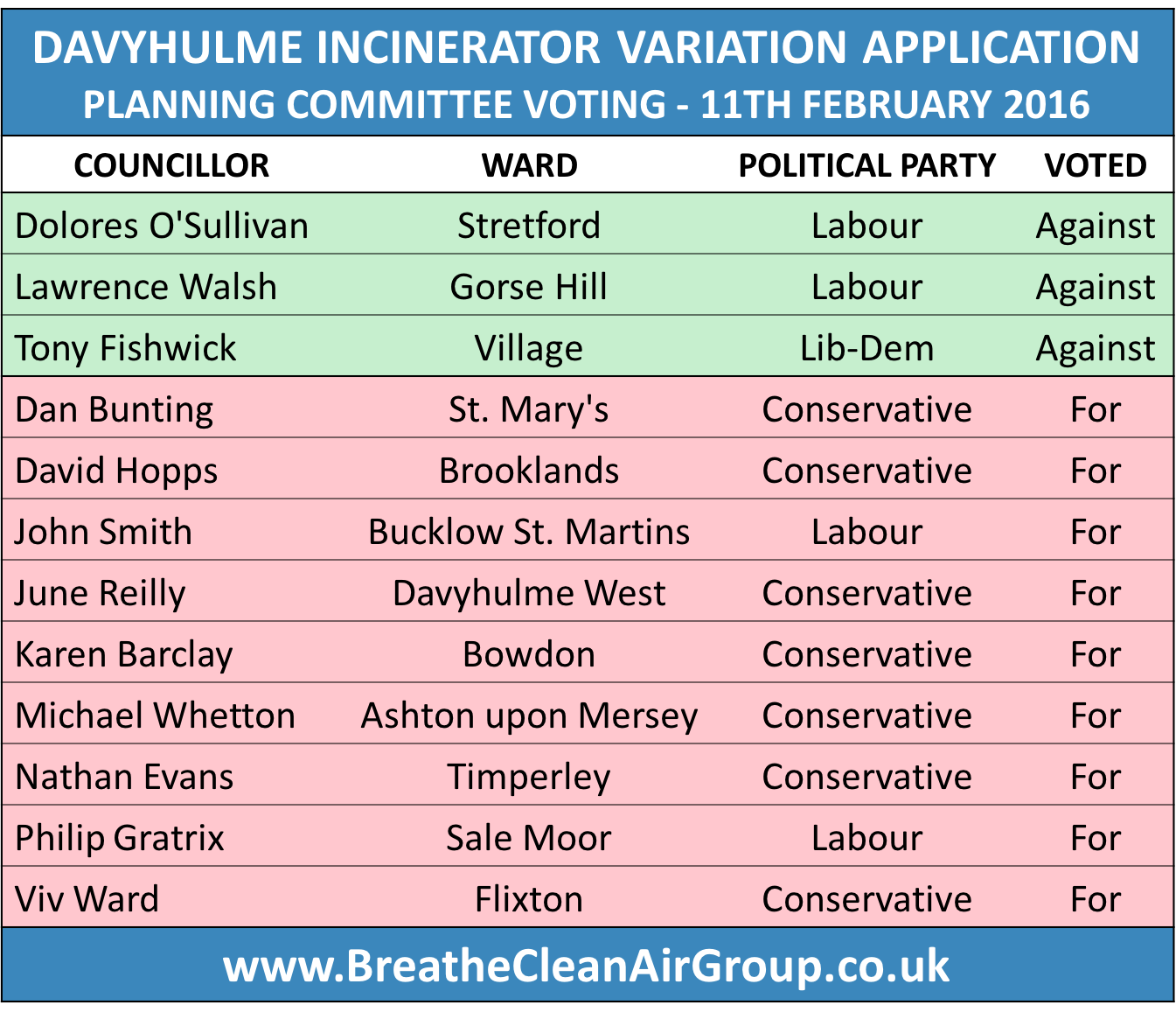