Members of Trafford’s Breathe Clean Air Group celebrated their final Fundraising campaign event on Saturday night at the John Alker Hall in Flixton. The Small Weller band played to a packed house of local supporters who opposed the building of the controversial Davyhulme Biomass Incinerator. 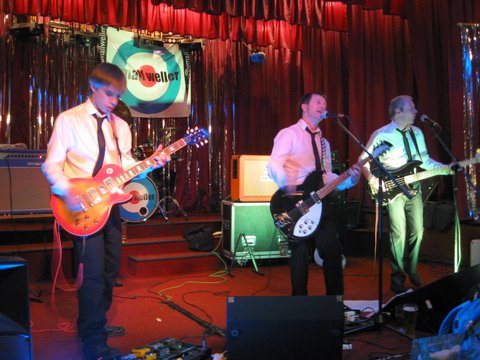 We raised a fantastic £902.66 on the night which was needed to cover the final part of the Public Inquiry legal costs.

“We now have the £20,500 that we needed to pay off our legal expenses following the Public Inquiry into the incinerator that was held last November” he said. “We are overwhelmed by the fantastic support and generosity of our community to stop this incinerator polluting the neighbourhood, which will cause ill health and premature death for the next 25 years”.
The Breathe Clean Air Group is appealing to supporters to contact Mr Pickles and tell him why they don’t want a polluting biomass incinerator in their midst, (eric.pickles@communities.gsi.gov.uk quoting reference APP/Q4245/A/12/2174323). Every letter and email is crucial in convincing Mr Pickles that Trafford does not want this polluting plant.The Inquiry was necessary as the incinerator proposers, Peel Energy, would not accept Trafford Council’s unanimous rejection for planning permission. The outcome of the Inquiry has been passed to Secretary of State Eric Pickles for his final decision in May.

The Group’s next campaign activity is a trip to Parliament in April sponsored by Stretford and Urmston MP, Kate Green.